How Proactive Vendor Outreach Brought a Quarter Million in Savings

How Proactive Vendor Outreach Brought a Quarter Million in Savings

The City of Chowchilla is located in Madera County, approximately 15 miles south of the City of Merced and services an area of about 7.6 square miles with a population of about 18,720. The Public Works Department maintains the City’s infrastructure including, but not limited to, over 53 miles of paved City streets, 13 miles of alleyways, approximately 32 miles of sidewalks, and over 420 City street signs.

The project scope included the reconstruction of the existing pavement section on Humboldt Avenue, including the construction or replacement of sidewalk, curb and gutter, valley gutter, curb ramps and other concrete improvements. The Engineer’s Estimate for the total base bid was $3,023,253. Much like other agencies, Chowchilla, CA faces issues getting enough vendor bids because of vendor supply chain issues, labor shortages, and increased demand in public works and construction projects. Chowchilla's existing process to find vendors included reaching out to their contacts and quick Google searches. The City had major concerns that the lowest qualified bid would exceed the budget due to inflation.

By partnering with UrbanLeap, Chowchilla was able to avoid project delays by acquiring enough qualified bids even in the midst of this challenging construction market. UrbanLeap’s research team identified 98+ licensed local contractors and subcontractors and conducted multiple rounds of targeted outreach to maximize the response rate. Within the standard 4-week bid application timeframe, The city leveraged the platform to respond to 15 questions from vendors and publish addenda. With UrbanLeap technology, qualified vendors were approached and Chowchilla obtained 5 bids. The lowest responsible bid came in $230K under budget, a savings of over 7.5%.

Running the ITB on UrbanLeap provided an efficient way to reach vendors and achieve 5 bids. We were surprised to see that the lowest bidder came in significantly under the estimate in a tough market. 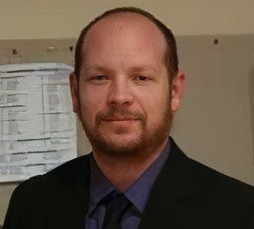 By the Numbers - Procurement Done Right

Savings over the estimate